When Grief Feels to Hard to Bear 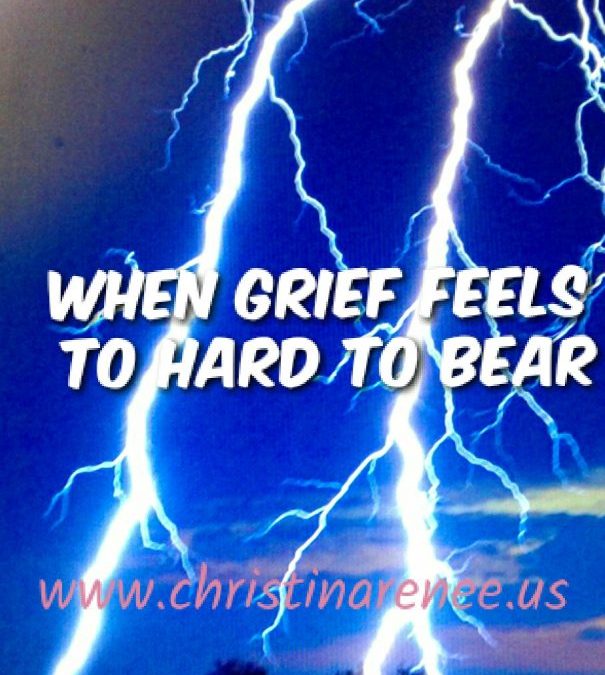 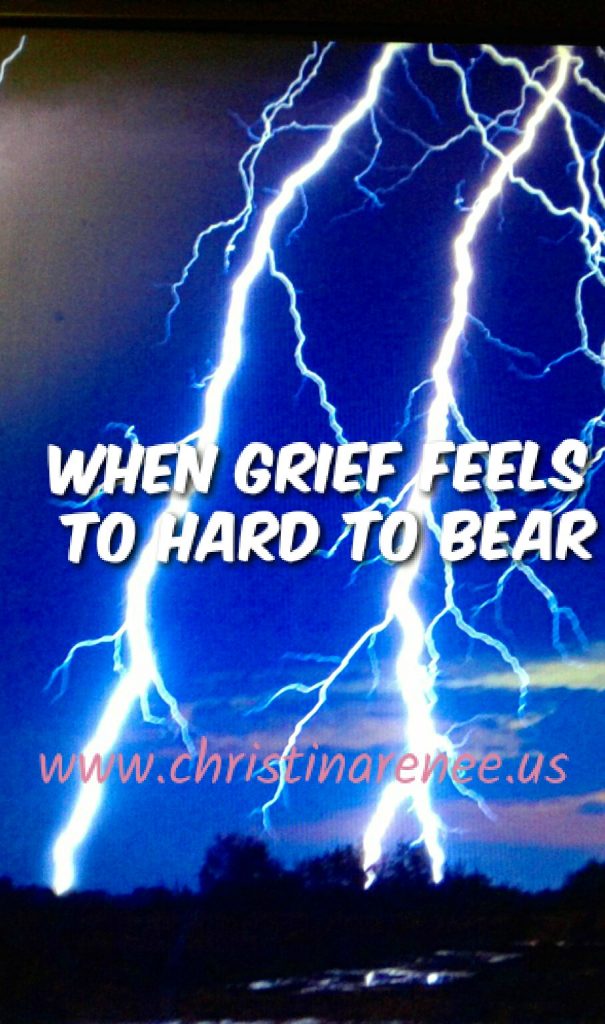 It feels like the world should stop. I cry out and it keeps going.

Three words that should remain unsaid.

Grief came in and took hold in places I never expected.

My daughter is beyond grief-stricken.

When Grief Feels to Hard to Bear

I asked my sister, “How do I help my baby when she no longer has her baby?”. There are no words. 16 years old and only 8 days away from the 17th birthday, he was so young. He died in a car crash, with a new drivers license. He lost control of the car on a gravel road, overcorrected and flipped his car. The paramedics said he was killed instantly. That is the one thing in this that we can found peace in. That he was killed instantly; without pain, without suffering. it is we who are left who are suffering. We are suffering the loss of life without him.

We see the gaps in the spaces where he had been. we see hopes and dreams of what his future would be like unfulfilled. We see birthdays coming up with gifts he’ll never open. Christmases where his presence will be missed. A graduation never realized. a wedding never was seen.  Great-grandchildren never held.

My 17-year-old daughter has a learner’s permit and is afraid to drive now. I have children with nightmares. I have another daughter who clings to her baby because all new moms have fears and now she knows it can come true. My daughter has empty arms. and a heart that is overflowing with grief. My granddaughter is missing her brother. She won’t have him there to tease and torment, she won’t have him there to check out her dates later in life or too lean on, the way brothers and sisters did throughout this week.

I’ve been asked why did God allow this? Why did God let this happen? Why I pray to God for comfort when He is the one that let this happen? And I have to say with sometimes those thoughts that run through my head but they are fleeting. I don’t believe this is what God really wanted for Cameron’s life. I believe He had plans for him. Unfortunately, this was just a tragic accident. There is no way to make sense of this. when things don’t make sense and we don’t have a reason, we want to have someone to blame. in this case, there is no one to blame, it was a tragic accident. So how do we deal with grief when it feels too hard to bear?

We Lean on God

Jesus said I go to prepare a place for you. So I know He has Place prepared for Cameron. I’m sure it’s a beautiful place just as I’m sure as much as we want him back here he would not want to come back down to earth. God says he will bind up the brokenhearted. We have many broken hearts here and although God is binding us the pain is oozing out between the bindings. The pain is sharp and unrelenting and it feels as if our insides are breaking physically as well as emotionally. I know eventually this pain will lessen, but God also knows the pain of losing His son.

We Lean on Each Other

My daughter has 9 younger brothers and sisters. They have been there to try and help her They’ve offered support in any way that they can that she would take. She has wonderful friends who have been there with her every step of the way also. But as much as we are there for her no one else knows exactly what she is going through. No one else can grieve for her. We need to have patience and give her grace to get through this time.

So what does this look like in real life? She’s had friends that have went over and cleaned her house.  Friends and family that have come over and done errands, made sure she ate or fed her, shopping for her and anything that could be easily done. We had our granddaughter over for a couple nights. She needs to be held and loved on during this time also as she is grieving also. She needs some normality. like going in playing with friends and trying to keep a normal routine again. Both mother and daughter need to make their new routine. They also need to plan time to rest and heal. I told my daughter she would never get over this but she would get through it.

I’m telling my age here but I’m recalling the old Batman series that used to be on TV.  My grandson was a huge Batman fan. Anyway, at the end of the show, it was always same bat channel same bat time. Life will never be the same. I’ve always said each of my children has had a place in my heart, That goes the same for grandchildren. We will be walking around with a piece of our heart missing. There is a piece missing from a life that will never be fulfilled, Grief will flood in when we least expect it. We will get through it, but we will never stop missing him.