Waiting on the Lord 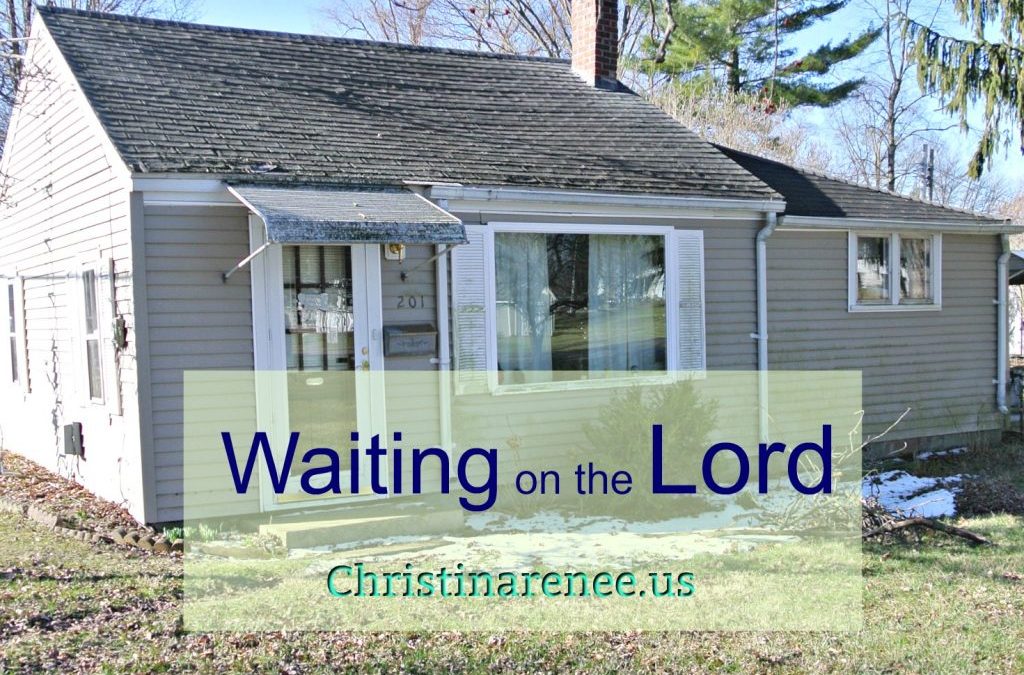 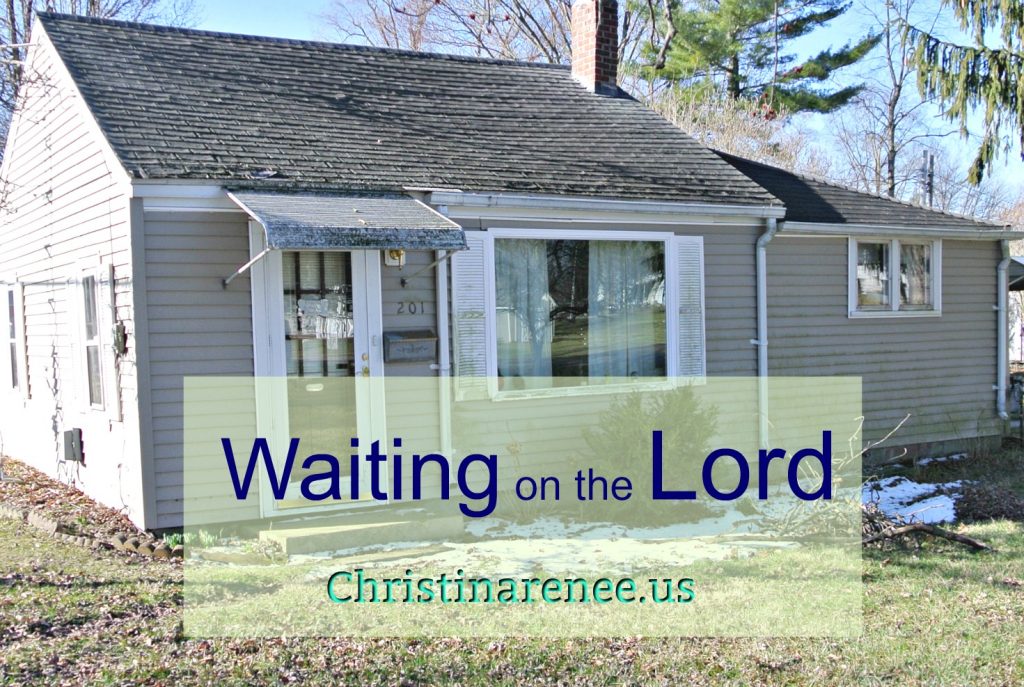 These past two weeks have been so incredibly busy I don’t know which way to turn. Have you ever felt that way? We were doing and planning instead of waiting on the Lord. We are planning on moving. Our lease is up the end of May and we are not planning on renewing it. We have been looking for rentals and we found one  We thought. Because at the last minute my husband received a call that changed all that. His brother called on the way home and asked if he was interested in living in their old family home. He thought I wouldn’t be interested, I thought he wouldn’t. We were both wrong. I looked up the school in the area. It was really good.  And small. When we talked about class size, the entire class of… my son said: “my choir class is bigger than that.” My daughter’s high school class is larger than the town’s population. And it’s a good thing.

Right now we live in a good-sized city that had the good-sized crime to go along with it. I never thought I’d want to live in a small town again. And I like being 5-10 minutes from anywhere. I can get to the mall, Costco or as much shopping as I want. A lot of them are even 24 hours. We are moving where the only store in town is a Dollar General. The closest stores are 15-20 minutes away and Costco will be 45 minutes. And it’s okay. Because I won’t hear sirens every night. I won’t have code blues at my children’s schools on a several time a month basis. We won’t have letters sent home telling of a threat they deemed uncredible and still you worry. They had a code blue at the small school last month. It was the first in 5 years. 5 Years! That’s unfathomable to me. And what I want.

I want my children to learn about hard work again. Apartment living has made all of us a little soft. Someone else fixes everything, mows the yard, shovels the walks. They have Chromebooks for homework and play.  They do snow days online instead of making them up. My daughter found out they don’t have Chromebooks there. “what do they use? she wailed. Seriously. My husband told her with a straight face. “Stone tablets.” They might have to write it out. Look up a word in the dictionary instead of Okay Google.  I’m fine with that.  I believe our children should have meaningful work. Work that makes a difference. Not made up, busy work, but work that benefits other people or self.  Not so much that they have no time to create or explore. But enough that they are not so self-centered or video game addicts like so many this generation.

We’ve spent an inordinate amount of time and money fixing things and emptying out the house and trying to see what needed to be done.  Driving back and forth almost daily to try and put the house in order. Have you ever been in an older home where if you put a marble down it would roll to the other side of the room? Now imagine it had waves…So we knew we would have to raise the floors. We didn’t know how bad it was underneath. My husband and son opened the floors to find water, rotten wood and mold underneath. To fix them was probably more work than the house was was worth.

Waiting on the Lord

So now we are waiting on the Lord and His timing.  We have had lots of advice on what to do next; turn the garage into a house, put a mobile home on the property, find a different rental.  We had peace about moving and many prayers that felt it was God’s will for our lives.  There is never a wrong place to be if it is inside God’s will. So right now we have 9 weeks to move and no plan in place. It should feel irresponsible and I would be lying if the thought didn’t cross my mind to just hurry and find something. But I feel in my heart that God has a plan for us that is better than any could come up with. He has a plan for your life too.  Jerimiah 29:11 For I know the plans I have for you,” declares the LORD, “plans to prosper you and not to harm you, plans to give you hope and a future.

What are you waiting on the Lord for?

Thank you so much!