When life doesn’t go as planned 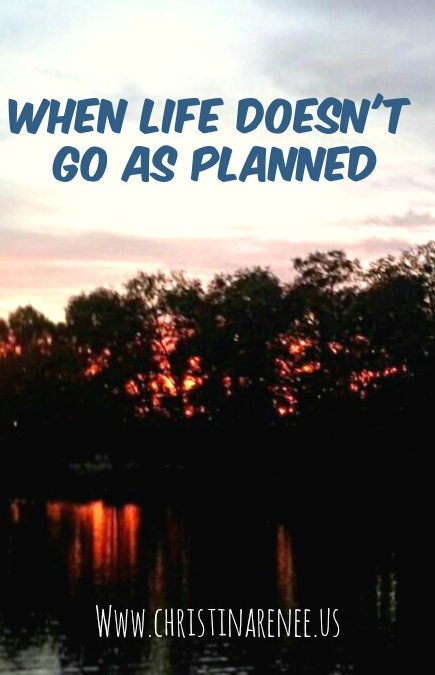 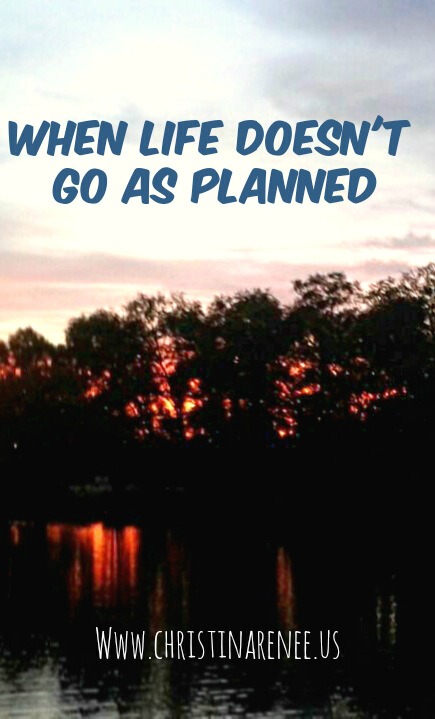 The last two weeks have been a whirlwind of activity. A few things planned, but many many not planned. It started last Sunday when waking up and finding out a refrigerator was warm and everything in it was rotten. We ended up cleaning that out before we went to my husband’s company picnic. We ended up throwing out about $200 worth of food. Then we went to my husband’s company picnic, it was horrid. The worst one they had yet and definitely no handicapped access Then we got a call from our oldest daughter that her sixteen-year-old son had been in a car accident. Waiting to find out which hospital and how he was later that afternoon, we found out he had died. I am posting more on this here. That evening they had opened up the school that he had went to where hundreds of students were waiting in the yard of the school to talk about their fellow classmate. The school graciously open the door so the people could come in the auditorium and be together. The rest of the week the children still had school, Jim still had work and I still had surgery. Unfortunately, even when you feel like the world should stop around you it never does. Life still goes on whether it’s the plans that you had or not.

I really consider canceling my surgery, but my daughter wanted me to plan and go through it. So on Wednesday, I had gastric bypass surgery. It did go well, but the pain was definitely more than I thought it would be. And I thought after going through so many surgeries that I’d  had kind of sail through this one and I didn’t. I went in the hospital  Wednesday and came home Friday afternoon. Friday evening was the viewing but I didn’t get to go. One of my daughters stayed home with me and our kind of rested and prayed for everyone there. I worked on a eulogy for the next day. I made it short enough that I thought I could get through it. The next morning we were up and ready and went to the funeral. it was beautiful, heart-wrenching, and a wonderful tribute to a young man who never reached his full potential. I made it through my eulogy but just barely. Then we have the funeral dinner to go to, fortunately, they had mashed potatoes there. So I had my quarter cup of potatoes and people asking me when you like something else?

Next Wednesday I had my follow-up for my 1-week surgery check-up. Unfortunately, I woke up with a fever after spending the afternoon and night before either shivering for roasting. I have asthma and have had chronic bronchitis and sinus infections so I just thought it was probably that. But to be on the safe side since I was 1-week post-op and it was gastric bypass a lot of the symptoms me or the same ones that they have for a leak. So I was sent to the hospital for a CAT scan of my abdomen. After 7 tries they finally got an iv in. Ouch!! CAT scan was normal thankfully. but then they wanted a CAT scan of my lungs so preparing for another CAT scan to find out that my Iv had to move it had to be a higher place than the other one. Back to try to get another IV in ouch! Back to the CAT scan room for another CAT scan on my lungs this time. That was normal. They were asking more questions and found out I get stabbing pains in my calf find a pulmonary embolism. We had to wait for the ultrasound I was telling my daughter about the saying I said when you hear hoof beats think horses, not zebras.  She told me there was the second part of that saying but then think zebras because it’s always the zebras. I told her I’d never heard the rest of that, she told me it was from Grey’s Anatomy. They did do the ultrasound and did not find anything again. But I still had to stay over in the hospital and have IV antibiotics overnight and respiratory checks on my lungs. In the end, it was just asthmatic bronchitis like I thought simply because I have it so often. But they were very careful with me and very good doctors at the Bariatric Center.

How do we deal with bad things

So now I’ve been home another day and I’m really hoping for an uneventful weekend. We have many times when life doesn’t go as planned. Normally it’s never as drastic as this. But when this happens we have two choices. We can fight about it and cry about it and moan about it.  Or we can do the very best we can with the things that are presented to us. I could have yelled at the child that had forgotten to turn the fridge back on when she cleaned it. Would it have done any good? No. The food would still have been bad, We still would have had to work to clean it out, and she would be very hurting over me yelling and being harsh with her. That’s not to say we didn’t talk to her about it. But I didn’t yell and scream. Although we definitely cried over the death in the family. We pulled together as a family to help our daughter and to help each other and we leaned on each other and on God. To get through surgery I had family members there. My daughter even sent two of her friends to come visit since she could not. It was very sweet. The following week when I ended back in the hospital, I had family and or friends that came to visit and stay with me in the long day in the Imaging center until they got all the images done that they needed. I ended up  7 hours in there. Now I really wanted to go home because I honestly did think it was just a respiratory infection. And over 90% chance it is. But the doctors wanted to be hundred percent sure. So while it wasn’t my first choice to spend another night in the hospital, it was probably a good choice for peace of mind, especially for my husband.

Normally I do not learn post on blogs, but I wish to say that this write-up very compelled me to try and do it! Your writing taste has been surprised me. Thank you, very nice post.