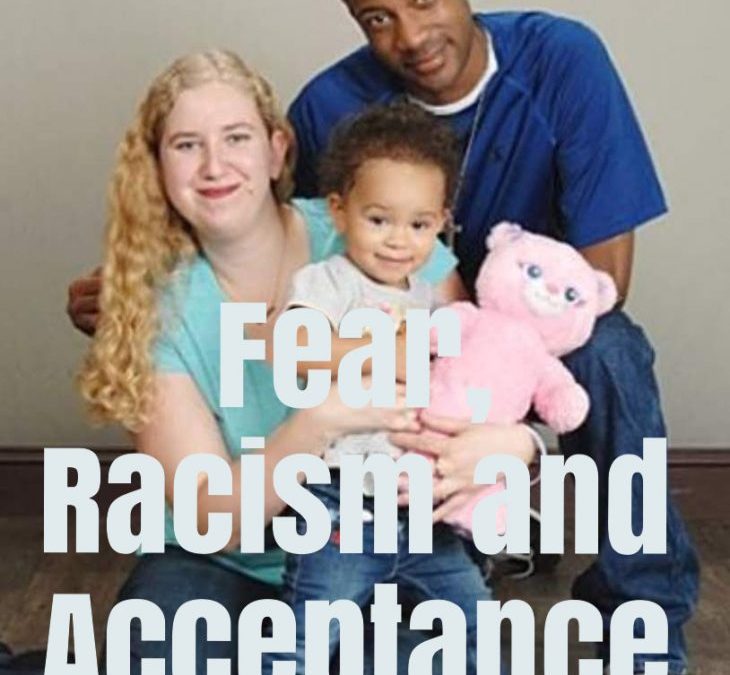 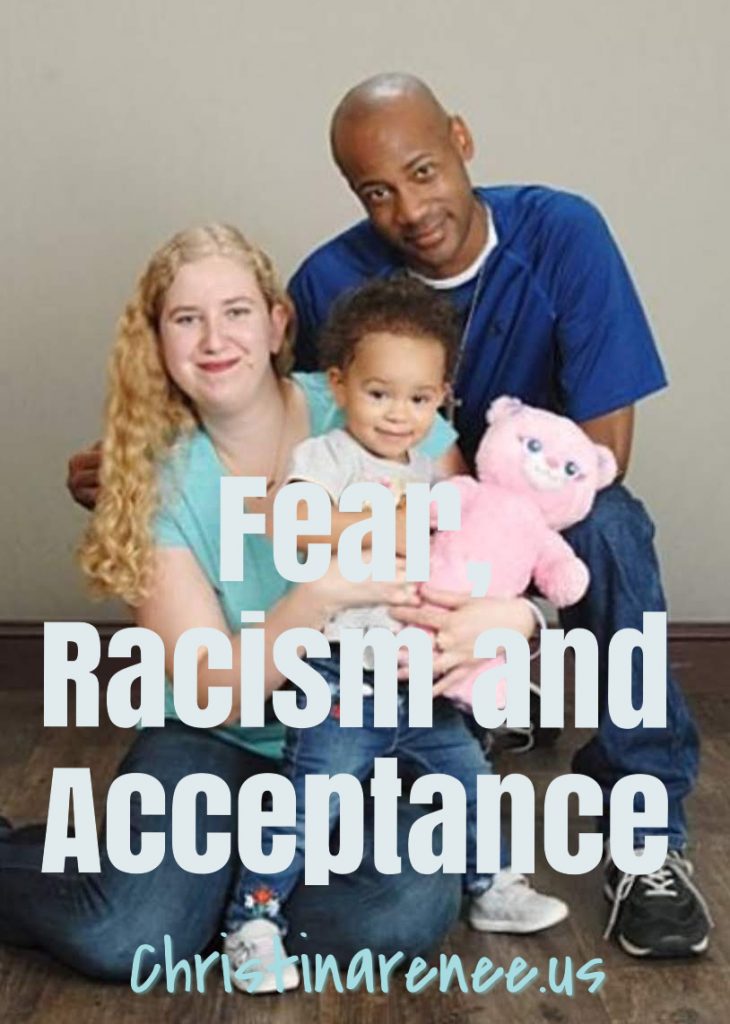 We are in the midst of Covid-19. We are masked,  quarantined, and distanced.  Living in fear of disease, protests, and riots. There have been gunshots, rubber bullets, tear gas, and pain.  Not just physical pain but the pain of double standards. The pain of guilty until innocence is proven instead of the other way around.

A man died because he was suffocated with 3 other men watching. These men were policemen, sworn to uphold the law, not to break it. But saying all police are bad is the same as saying all African Americans are bad. Each person needs to be judged on their own merit.

I have a bi-racial granddaughter. I don’t see color, I see her. But, I know her life will be harder than my other grandchildren. The children in her neighborhood know to put their hands up when they see a police car. They know to put their hands on the steering wheel when stopped. These are things I never had to think about teaching my children.

Racism has always been prevalent. There have been Gentiles vs. Jews, Christians fed to lions,  the Nazis thought they were better than anyone else, especially Jews. Asians were interned in camps during WII. And black vs. white has been around for hundreds of years. But why?

What can we do to stop racism? We need to teach our children to respect differences in one another.  When children are young,, they play with other children regardless of color, race, or religion. My granddaughter was playing in the part with other girls. The other girl’s mother called her daughter over and said “We don’t play with that kind.” Her mother is teaching her racism. She is teaching her to hate, not love. What are you modeling for your child?

We live in an area where my children are in the minority.  They have been told they are white more times than I remember.  It has been difficult for them to fit in and find friends but it has also taught them compassion. They know what it is to be different.

Teach your children about differences.  Teach yourself. Actually look for them.  Many people have trouble identifying people of another race. Just because skin and hair color are brown does not mean they look the same. They have different features. Noses and hair and eyes and face shapes.  Stop being so preoccupied with yourself and focus on someone else. I have been guilty of being so busy that I don’t look outward. I have to work on that for me.

My oldest daughter is taking my granddaughter to a Black Lives Matter protest. Most of these have been peaceful. Very few have been violent. But being supportive can be hard. It could be dangerous.  Making a stand for what’s right is difficult.  But, teaching your child to have compassion for others is worth the work.

My daughter says how hard it is to raise a bi-racial child. She has to teach her things she never learned. My granddaughter has heard her father called the N word.  He has been stopped many times without cause. People assume that she is not Jazmine’s mother. Don’t just assume when you see an African American boy or girl who is the parent is. My blond-haired, blue-eyed daughter does not look like the mother of a bi-racial child, but she is. What should she look like?

Right now, Amazon has a big listing for black history. Watch some of it. Educate yourself. Many people will think it doesn’t affect them so why bother. But it does. Do the protests affect you? You can’t turn on the news without hearing about it, so it does affect you. Protests? They affect you too. Fear is contagious. It spreads like wildfire across a prairie. And right now people are afraid.

Only knowledge and love can put out the fire of fear. It starts with each one of us. Reach out to others. Really see other people. LOOK AT THEM. They are people! Just like you and me. Yes, there will be people who won’t care. That’s always the same. There are bad seeds in every group. My husband works art Walmart’s. He has been hit, ran into with shopping carts, had a knife pulled on him and people have been just mean, rude and nasty.  And they have been in every race or sex.

Talk about this with your children. This year our children have dealt with school closing, a pandemic, quarantine, and now civil unrest. They don’t understand what’s going on unless you talk about it. Children and adults both need to understand why this is going on.  When it’s said Black Lives Matter, it doesn’t mean all lives don’t matter. It means that until black lives matter also,  then, all lives will matter.

What can you do? Choose heroes wisely. While the death of George Floyd was tragic and unnecessary, he was not a good man to look up to. Ben Carson was the first black doctor to separate twins. Maya Angelou was a civil rights activist and author. Bryan Stevenson is an attorney who has freed more than 140 persons unjustly accused on death row. Barak and Michelle Obama have made history as the first black President and First Lady and have done so many good things with their lives. Jesse Ownes was a 4 time Olympic Gold medalist. Look at the person that you are looking up to. Look at their character and see if it’s one you and your children will want to emulate.

Talk to people different from you. I am not only friends with blue-eyed blond-haired people like me. I don’t want to be. I learn from people different than I am. Right now I notice more people with amputations than I ever have simply because that describes me now too.  It’s like buying a new red car and then noticing all the other ones that are red. They were there before, you just didn’t pay attention to them. Talk to them.

Racism is a scary, mean, nasty word. It paints a target on your back just by what you are instead of who you are. Is that how you want to be judged?

It starts with you and me.

It starts with acceptance.

It starts with your children.

It starts with compassion.

It will only end when love is stronger than hate.

When will you start?